I said it three months ago. It didn’t stick. Now i will say it again with more certainty. It’s race week for Indycar. The NTT Indycar Series begins its season this coming Saturday night at Texas Motor Speedway. Fans will not attend, although the governor of Texas said that race tracks could have a crowd at 25% of capacity. Track president Eddie Gossage said there would not be enough time to arrange for a crowd this coming weekend.

Amid all the stress of the coronavirus and the protests of the death of George Floyd that have caused much destruction, the race will be a welcome respite for weary fans.

The broadcast schedule (All times ET):

Palou Returns, Will VeeKay Make it?

Alex Palou returned to the United States this week and will be able to drive Saturday. We still have not heard if Rinus Veekay will be in the country in time. The Depart of Homeland Security rule allowing athletes to return from Europe did not include motorsport originally. Indycar and IMSA have been scrambling to get drivers and team personnel here to begin their seasons.

IndyLights Will Not Run in 2020

As I began writing this post, I received the sad news that IndyLights will not run this year. This is a tough break for several drivers. Kyle kirkwood, the favorite to win the title, will lose out on the scholarship to be in an Indycar in2021. For the full story, go to  TSO Ladder presented by Cooper Tires. The link:

I want to finish this post on a positive note. Just before midnight Saturday I met my new foster greyhound, Paradigm.  One of her great great grandparents was named Flying Penske. Fate? Her status may soon change from foster to adoption. Stay tuned. 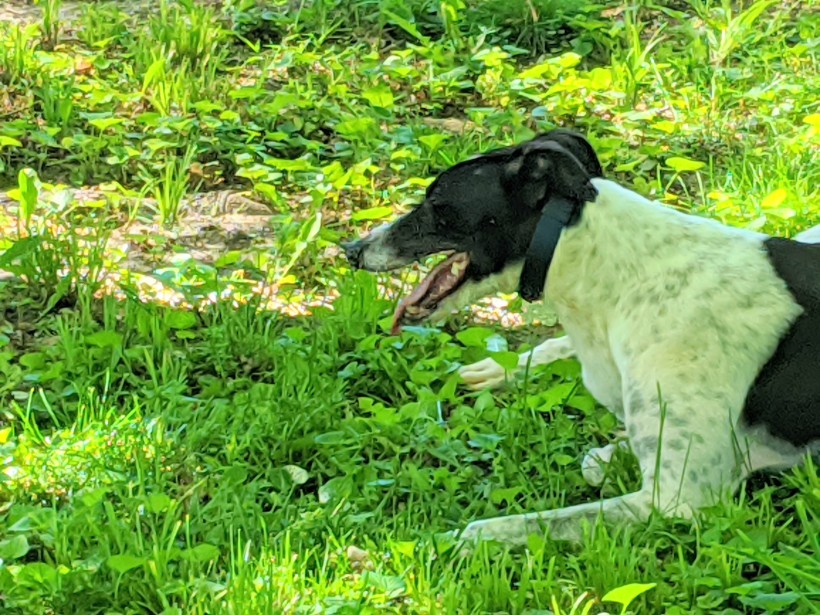