Finally a veteran took charge. Ryan Hunter-Reay had the quickest time in Practice 2 for the Firestone Grand Prix of Monterey this afternoon. Two of the rookies who led the morning practice were right behind him. The morning practice was led by three rookies after Colton Herta led yesterday’s second test period. Felix Rosenqvist finished just 0.02 seconds behind Hunter-Reay and Herta was third, 0.001 seconds after Rosenqvist.

“It’s a very narrow window to get it right,” Hunter-Reay said, “I’m not resting on this one.”

The only red flag was for Scott Dixon who went off track and stalled between turns 10 and 11.

Rossi led the just completed pit stop/warm-up period.  Hunter-Reay was second, followed by Herta. Rossi still feels he will be okay for tomorrow and Sunday.

Hunter-Reay’s livery looks as if his nose was damaged and was replaced by one they just happened to have around. I love tribute liveries but this one has just gone halfway. It’s my least favorite livery this weekend. 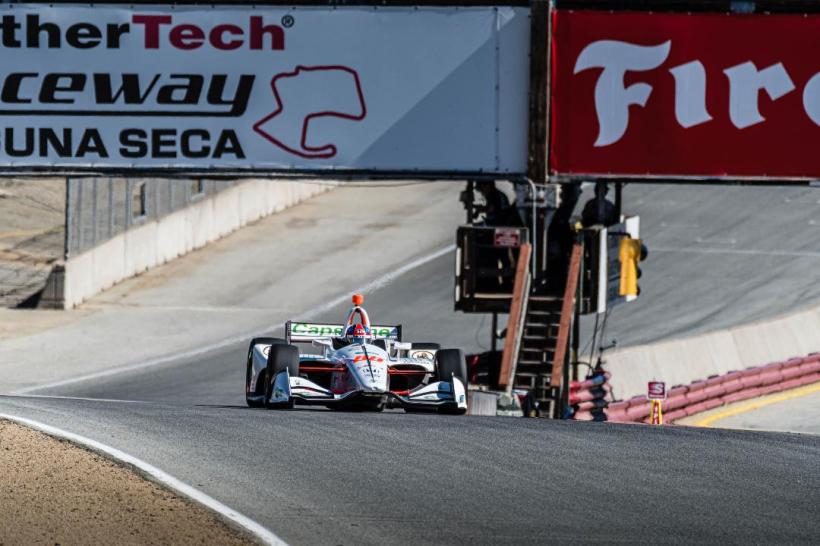