Greetings from Texas Motor Speedway. Just kidding. Of course I’m in Indianapolis as we prepare for the first Indycar race of the season. Coverage of all sessions for the Genesys 300 can be viewed on various NBC channels beginning at 1 pm Eastern. Today’s schedule and broadcast platforms: 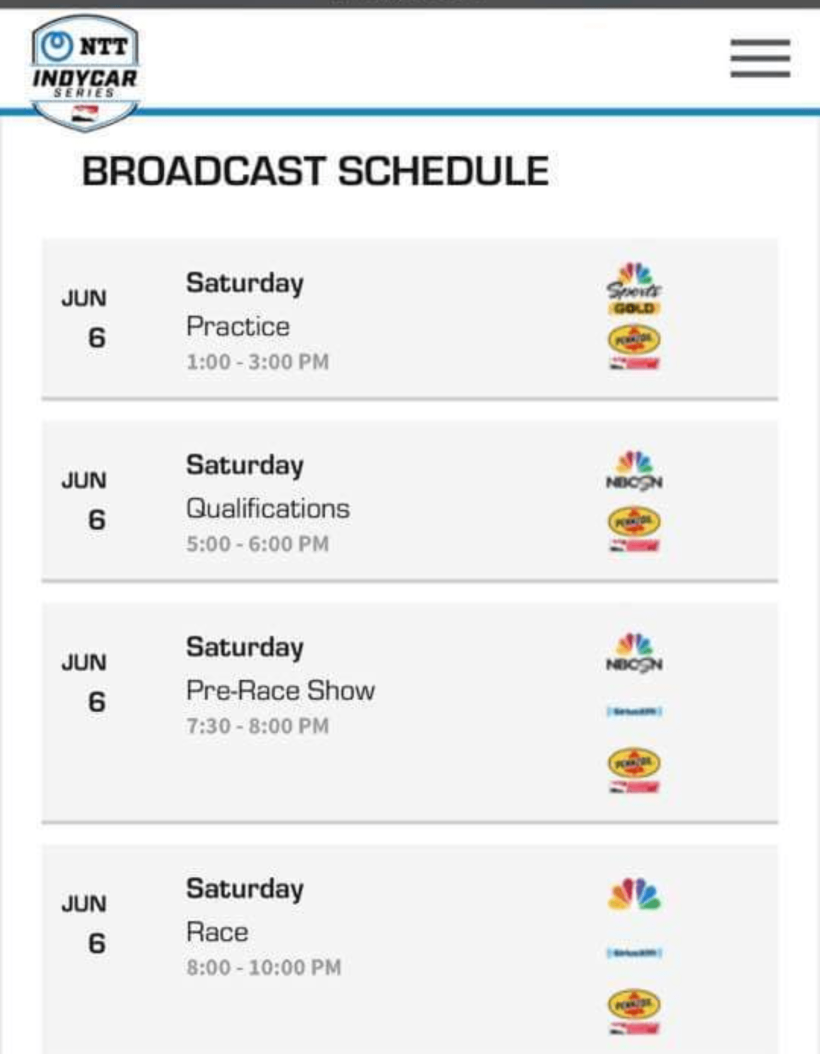 After the race, NBCSN will present a 30 minute post race show. The first 30 minutes of practice is dedicated to rookies and veterans who have not raced at Texas previously. Approximately four hours will be on television.

Look for coverage here at The Pit Window after each session. 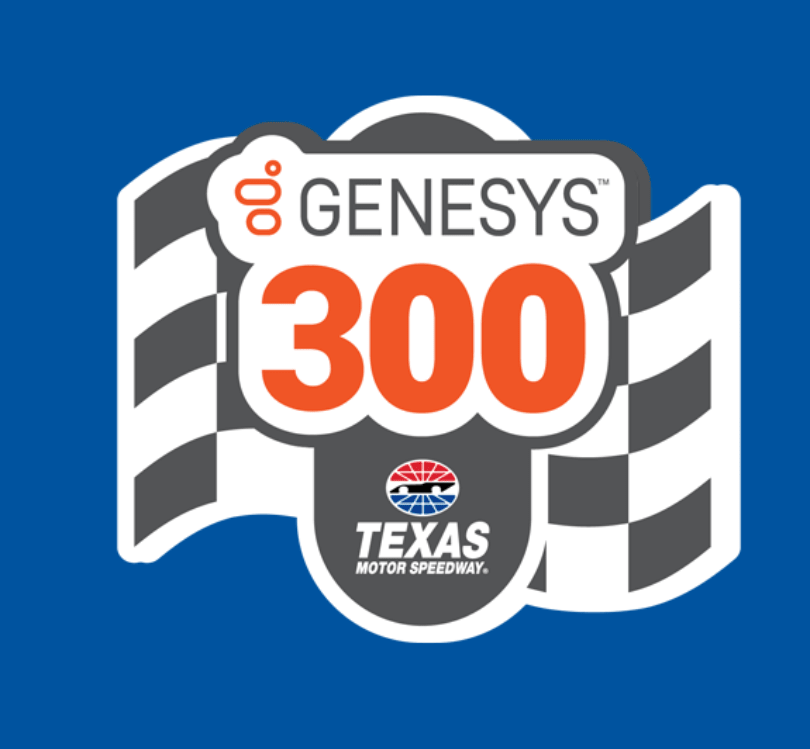 The NTT Indycar Series finally gets its season going tomorrow night at Texas Motor Speedway. The Genesys 300 is one of only two races this season running on its original date.  The second race at Iowa July 18 is the other one. The 1.5 mile oval has hosted Indycar since 1997.

Saturday will be a day of unknowns. The new aeroscreen gets its first test in racing conditions and its first night trial. How will the 35 lap tire limit play out? Five drivers have not driven at Texas before. Will they be a factor? Will the COVID protocols in place be effective? Are the drivers bothered that there will not be fans in attendance?

Texas heat might play a factor in the midday practice and qualifying sessions. We will get a good idea about what further work may need to be done for cockpit cooling. As the sky darkens during the race, how will the drivers’ vision be affected? Scott Dixon expressed concern about the screen at night but thinks everything will be fine.

The added weight of the screen and the higher center of gravity it creates will affect tire wear. This is one of the reasons for the tire limit.

Will tear offs cause someone a problem? The short stints may not help provide an answer.

Indycar has mandated a maximum of 35 laps on a set of tires during the race. I like this idea better than competition cautions since it keeps the track green, but teams should have some latitude. The pit windows CART employed might be a better idea. It would throw some strategy into the race.

We could see some teams pitting slightly earlier to gain track position. Will some teams take fuel every second stop or short fuel each time? I have not heard what penalty will be assessed for a car that exceeds 35 laps on a stint.

Is 35 laps long enough to allow for some tire wear? Is pack racing going to result because the tires are not falling off?

Three rookies, Alex Palou, Oliver Askew, and Rinus VeeKay not only begin their Indycar careers tomorrow night, but begin at a very challenging track. Pato O’Ward and Jack Harvey will also be racing at Texas for the first time. These five drivers will have their own 30 minute session immediately prior to the practice session. Thirty minutes may not sound like much, but it does give them plenty of room to figure out the track and get a sense of how fast it is.

It does concern me having Texas as the season opener, especially after such a long layoff for everyone. Adding rookies to the mix also causes me some worry.

Indycar is fortunate that NASCAR has had several races since the pandemic began and is able to observe how their safety protocols have worked. From what I have heard, they are working well.

Indycar teams may bring no  more than 20 people to the track, including the driver. Several teams are bringing fewer personnel. The teams will be housed in every other garage. Pit boxes are extended to 45 feet from 40 feet. Everyone entering the track will have their temperature taken. Masks are required.

If this is what is needed so that racing can occur, I’m fine with it. The last thing we need is for someone in the paddock to get ill. That would probably shut down the season.

We can joke all we want to about how it won’t look much different than many of the recent Texas races, but fans do bring some energy that I feel does come across on television. The lack of people in the stands will be most noticeable before and after the race. During the race I never notice the stands anyway.

It may be something we need to adjust to.

Look for the big three to control the show tomorrow. It could come down to a battle between Josef Newgarden, Scott Dixon, and Alexander Rossi. Texas usually comes down to a late strategy call. If that is the case Saturday, Newgarden will win again.

The schedule changes allow Tony Kanaan to compete in his 318th consecutive Indycar race. Kanaan was scheduled to only drive the ovals for A. J. Foyt Racing. Had the season began in St. Pete as scheduled, the streak would have been over. 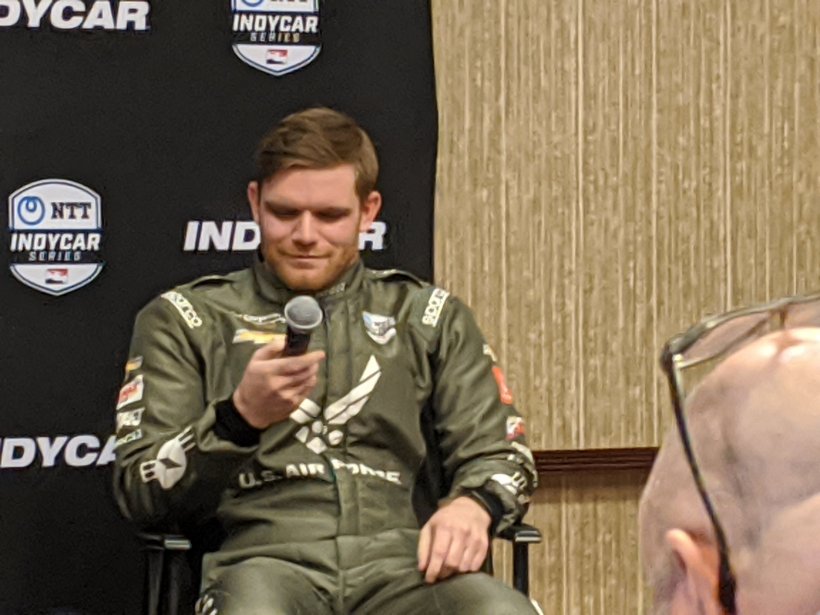 The strange twisting path Conor Daly has taken in Indycar rounds another corner this season. Daly will drive for two teams- Ed Carpenter Racing on the road and street courses; and Carlin Racing on the ovals. A season originally planned to begin at St. Pete for ECR now launches at Texas for Carlin.

“…it’s strange obviously. It’s not how you’d like to do things ideally. But it’s a great opportunity to be a full-time INDYCAR driver again. So I’m going to look at it like that, ” Daly said on the makeup of his full time season.

Daly thinks his experience in the races he ran in 2019 for Carlin will be helpful this season, and it gives him a level of comfort as the sole Carlin entry this weekend.

Daly said, “By the end of the season together, or the oval season that we did together, we were fighting quite a lot at the sharp end in Gateway. I love that track, but I also really enjoy driving the car there, too. It’s great to have the support of Gallagher still, have a great-looking car to drive on the ovals this year, albeit an interesting new schedule with the doubleheader at Iowa will be interesting and everything in general about this year will be different, but it will be cool. I’m excited to get it going with these guys on Saturday night.”

He is not a fan of the aeroscreen and Daly realizes it will be an unknown factor for everyone Saturday night. He understands the reason the series implemented the device.

“I think publicly I’ve said I’m not a huge fan of it. But I understand the reasons obviously why it’s been introduced. I respect what the series wants to do, the direction they’re taking obviously. But, yeah, it obviously presents a lot of interesting variables. …Yeah, it’s exciting because it’s all new, but it’s also like I don’t know what’s going to happen. It should be interesting.”

Daly thinks not having fans in the stands at Texas will weird at first, but once the visors go down and the cars are rolling the focus will be on the racing itself.

“…when we line up on that grid two- by-two, we close the visor, that’s all that needs to be said. We’re going to be going racing. There’s going to be a pace car out there that’s going to be leading us around. Realistically all focus is on the job at hand. I think it’s going to be strange basically before and after the race. But during there’s not a lot of time that you spend looking anywhere else other than the racetrack right in front of you. It will be interesting and it will be strange.”

This is an important season for Daly, who has been an itinerant driver in the Indycar paddock for most years.  He has the ability to make a car better, as he did with carlin last season. Having five secure races with a team he drove for in 2019 should help further develop Carlin’s program.  With Carpenter, Daly has another great chance to succeed at the Indianapolis 500.

Per Racer magazine, Ed Carpenter Racing rookie driver Rinus VeeKay  is on his way to the United States from Mexico. VeeKay will begin his NTT Indycar Series career Saturday at Texas Motor Speedway in the Genesys 300. The Dutch driver had been in quarantine in Mexico the last two weeks.

All drivers scheduled to participate in Saturday night’s season opener are now in the country.

The NTT Indycar Series has added two tweaks to the June 6 schedule at Texas Motor Speedway. We have already seen the event shortened to 200 laps/300 miles from its traditional 248 laps/360 miles. This isn’t the first time we have seen the Texas race run a bit differently. Remember the twin races where the drivers spun a tire to determine Race 2’s starting position? That was fun. For this race, it’s nothing that drastic. One change I like, the other I’m not excited about, but I feel is necessary for the season opener.

The day of the Genesys 300 will begin with a 30 minute test session for  rookies Alex Palou, Rinus VeeKay, and Oliver Askew. The 80 minute practice session begins immediately at the conclusion of the rookie test period. With testing cancelled due to the coronavirus pandemic, Indycar felt the rookies should get extra time on the 1.5 mile oval.  This is a great and necessary move by Indycar. It doesn’t completely erase my concerns for the event, but it does help lower them a bit.

The second change is a 35 lap maximum stint for tires during the race. Several factors led to this decision. First, the divers haven’t been on track in nearly nine months except for testing almost three months ago. Second, tire supplies are down because of the changes in work time caused by the pandemic pandemic. And the new aeroscreen creates a change in the center of gravity which will affect tire wear.

I don’t like mandated stints. Indycar did this at Texas a couple years ago when tire wear became an issue. The decision came after the race had started. At least the rule is clear for the entire race. The tire rule takes fuel strategy out of the race but when the yellows come could dictate tire strategy. Teams get nine sets of Firestone tires for the entire day. The team that manages their tires the best should do very well.