I’m kidding. It was one of the best weeks the series has had since 2008 reunification. The announcement of NTT as series sponsor was the week’s biggest news, but three announcements followed, strengthening two events and one team. Friday’s news about the new ASPM team, in my opinion, is just as big as the NTT announcement. It could very well change the dynamic in the paddock.

The Road to the Title Begins and Ends with Firestone

Firestone has sponsored the opening Grand Prix of St. Petersburg for the last few years. The tire supplier now will also sponsor the season finale at Weather Tech Raceway at Laguna Seca.

Firestone and Indycar have been together virtually since the beginning of racing in America.  It is a relationship fans almost take for granted.  It’s great to see that they continue to increase their support of the NTT Indycar Series.

REV Group has replaced Kohler as title sponsor the race at Road America. REV is a Milwaukee based company that manufactures RVs and emergency vehicles. REV Group plans to have a hospitality area to salute first responders who attend the event.

The new race sponsor replaces Kohler, who held title rights for the first three years of the race. It is one of the most popular events on the  schedule.

The REV Group Grand Prix is June 21-23, and is one the eight races televised on the NBC network.

Schmidt Peterson is now Arrow Schmidt Peterson Motorsports. In a Friday announcement in Denver, Arrow became a team partner and primary sponsor of both Schmidt Peterson cars.  James Hinchcliffe and Marcus Ericsson will drive in 2019. A third car will be ready for Robert Wickens when he is able to return.

The relationship between Schmidt and Arrow goes back to 2013 with the develoment of the SAM car, a semi- autonomous vehicle which has allowed Sam Schmidt to drive a street car again. That partnership led to Arrow sponsoring Hinchcliffe and ultimately to a stake in the team.

The new team structure brings a huge infusion of resources to Schmidt’s organization, which should see better results from the entire team. It might take a year for them to be really strong, so I’m looking at a great season in 202 for this outfit.

Arrow is one of the classiest sponsors in the paddock. They stood by the team when Hinchcliffe failed to qualify for the 500 this year, and they are supporting Wickens by holding a seat for him.

To me, this announcement is nearly as big as naming the series title sponsor. It is another large company investing heavily in Indycar.

In an effort to improve the superspeedway package the NTT Indycar Series is introducing aero options for both Indianapolis and Pocono. The new Universal Aero Kit introduced last year greatly improved the road and street course racing, but the speedway configuration didn’t produce the hoped for results.

Teams will have more aero tuning freedom on both the front and rear wing of the car.

The rear wing will have a 3/8 inch tall Gurney flap. One option is 13.2 inches wide and adds 50 pounds of downforce. The other choice measures 24.5 inches across and adds 100 pounds of downforce. there is a third flap which covers the entire length of the wing and adds 200 pounds. The full wing flap will only be allowed at Texas.

The front wing has a 3/8 inch tall flap which is 5.5 inches wide. Teams may use this flap asymmetrically. One problem in the 500 last year was the front end washing out as cars attempted to pass. 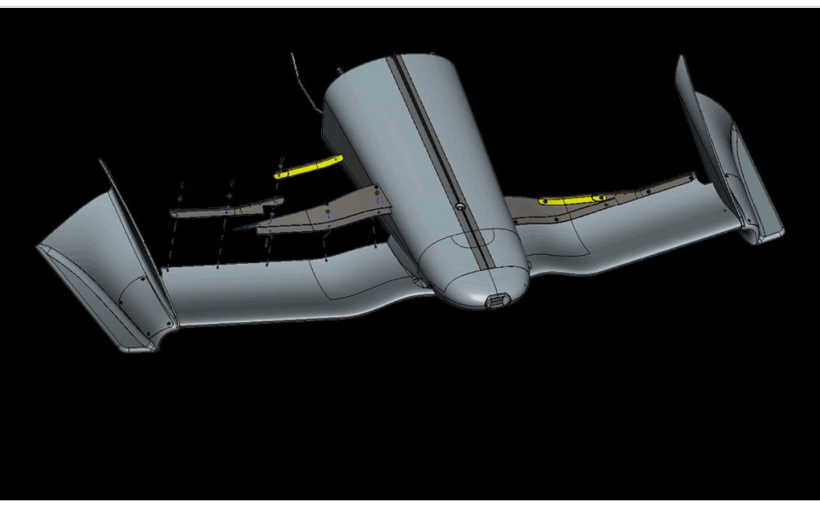 Sad news today about the death of Glen Wood, of the famous Wood Brothers racing team. Wood, 93, drove until 1964 and began his race team with is brother Leonard.  His team also was Jim Clark’s pit crew in 1965 when he won the Indianapolis 500.  Their pit stop routine became the norm for Indycar.

The Wood Brothers team is the oldest team in NASCAR. They have won 99 races including 5 Daytona 500s