Marc Miller narrowly won the pole for Sunday’s Trans Am 2 race which ended the SVRA weekend at Indianapolis Motor Speedway.  He left nothing to chance during the race, however, leading all 42 laps in an easy victory. Early in the race he was gaining a second per lap on second place.

Rafa Matos started second, but he didn’t hold the spot long. Third place starter Scott Lagasse, Jr. passed him  in turn 1. Matos seemed to slow more each lap and dropped quickly through the field. He retired after completing just 10 laps. Dillon Machavern got by Lagasse for second and went on to finish as runner up. Lagasse also dropped out of the race after 22 laps.

A Weekend Full of Racing

For someone who just like to watch race cars of any kind, an SVRA weekend is perfect. There are three days of nonstop action with practices, qualifying , and races. There are very short breaks between each track session. Their next event is next weekend at Mid Ohio. It’s a great value for people who can’t get to or afford a weekend at a major racing event.

The tiny cars with tiny engines really struck a chord with me. While all the cars ran 1.6 liter engines, there were ten (10!) different chassis on the grid. It took me back to my earliest 500s (not 1911) when there were several different types of chassis, each with a distinct look. Sigh. I talked to a couple of the drivers before the race. They are passionate about racing and love what they are doing to preserve the sport. This is a hobby for them, but I think many of them would trade their regular jobs to race full time in a heartbeat.

A few of the other chassis: 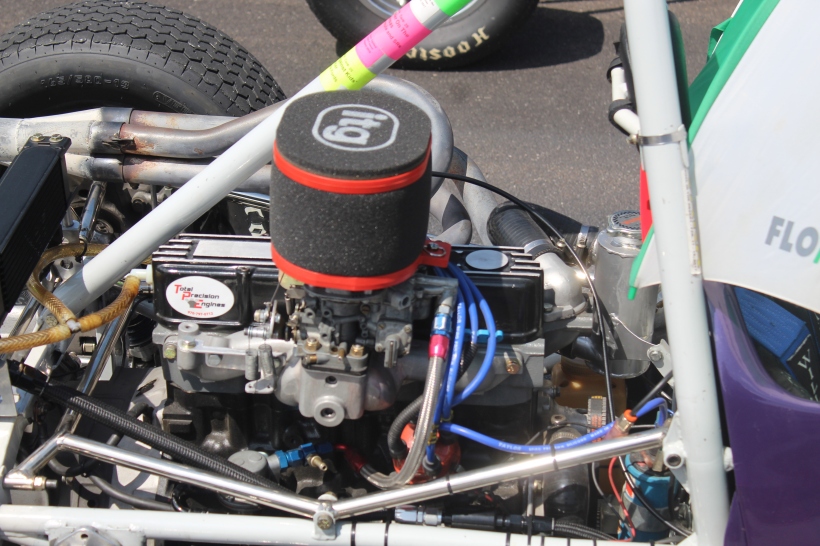 I’ll be back this week with more on the proposed Indycar engine plan for 2022 and some news and rumors. Might throw in an old program as well.  Thanks for following along this week.