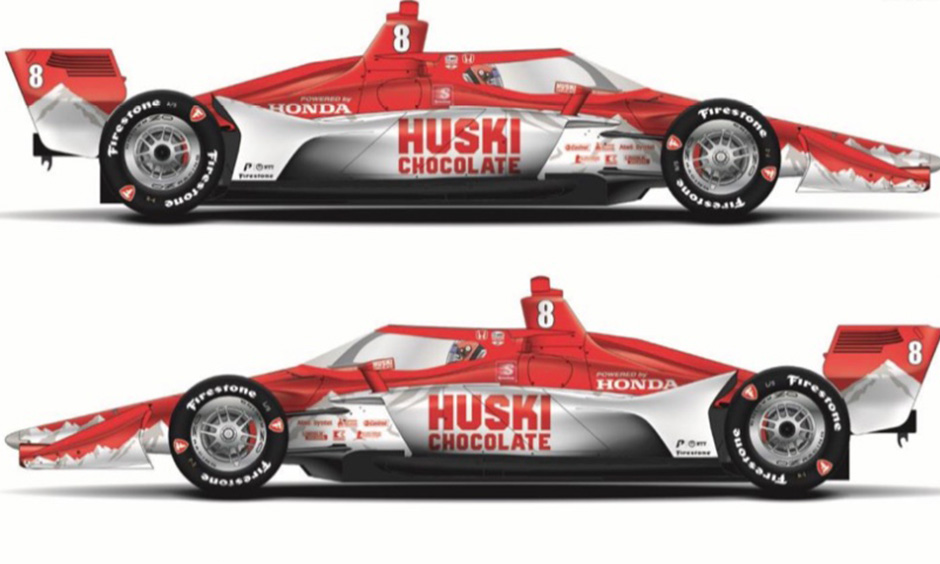 Marcus Ericsson’s new ride with Chip Ganassi Racing will be backed by a company from his home country of Sweden, the team confirmed Tuesday.

Huski Chocolate will be the primary sponsor of the No. 8 Honda and joins the team’s lineup of PNC Bank for Scott Dixon’s No. 9 car and NTT DATA for Felix Rosenqvist’s No. 10. Chip Ganassi’s team will have more than two full-time entries in the NTT INDYCAR SERIES for the first time since 2017. Dixon is a five-time series champion; Rosenqvist was last year’s INDYCAR Rookie of the Year.

Ericsson is a native of Kumla, Sweden, and he made his INDYCAR debut last year, finishing 17th in the standings. He finished second in the second of the Detroit Grand Prix races. He spent five years in Formula One before coming to INDYCAR.

Huski Chocolate’s headquarters are located in Stockholm, Sweden, and they currently maintain sports-related partnerships with McLaren in F1 as well as the Millwall Football Club of the English Football League Championship, the second tier of English football after the Premier League.

“This partnership is a great fit for our entire company,” Barrett said in a statement released by the team. “We have watched Marcus in Formula 1 and last year’s transition into INDYCAR. Marcus has great potential and now he can capitalize on his talents by teaming up with Chip Ganassi Racing in INDYCAR.

“This partnership with my friend Chip and CGR, a 12-time INDYCAR Champion team, is a critical and valuable platform to reach a strong racing fan base in North and South America. As Huski Chocolate continues expanding into important markets for our B2B and B2C products, CGR and Marcus will continue to pave the way for success on and off the track for Huski Chocolate. We can’t wait to get the season started in St. Petersburg with the Huski Chocolate Honda on the grid.”

INDYCAR’s 17-race schedule begins March 13-15 with the Firestone Grand Prix of St. Petersburg. The year’s first open test is set for Feb. 11-12 at Circuit of The Americas in Austin, Texas.