The top three 2021 finishers in Indy Lights, Kyle Kirkwood, David Malukas, and Linus Lundqvist, talked about their very cold test day at Indianapolis Motor Speedway today. The trio had the opportunity to test an Indycar on the IMS road course. It was the first time in an Indycar for Lundqvist. Kirkwood and Malukas tested at Barber. Kirkwood also had a test at Sebring.

Much of the post test discussion centered on the Indycar prospects for the drivers.

Kirkwood, the first driver to win the championship on all three levels of the Road to Indy, still has no ride for 2022, but he hinted that things are moving in a positive way.

“We have an idea, yeah. I think we
have a direction. It’s not all said and done yet. As of today, which today is November
1st, I’ve been given permission to look elsewhere. I
haven’t been able to have conversations. I don’t know
exactly what I can and cannot say, so I’m going to keep my
mouth shut on the direction “. 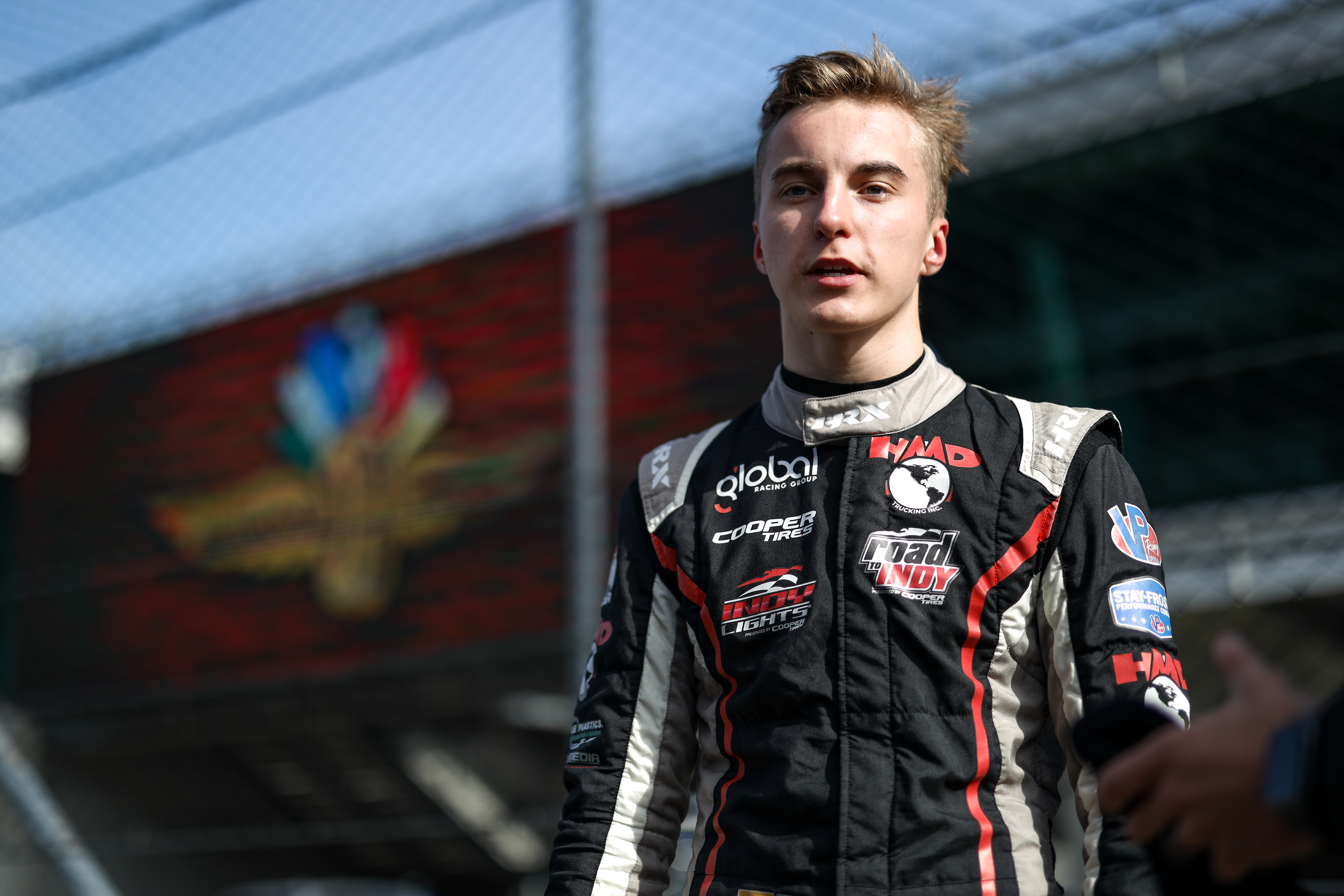 Malukas is strongly thought  to have a ride with Dale Coyne Racing for 2022. In response to a question about how far along his deal is, he would only say, “We will do 99.9%”

As for Lundqvist, it appears he has very little going on  at the moment. He replied to questions about his Indycar future,

“Unclear I would say. You never
really know what’s going to happen. I would love to stay
here in the U.S. to start off with. Obviously I would love to
be in INDYCAR next year. If that doesn’t happen, then I’m
looking to do Lights another year.
You never really know because budget-wise it’s a very big
question. We’ll see what we can do during the winter, after
this test as well, what pops up. I’ll keep digging no matter
what.”

All three drivers seemed most impressed by how quickly the tires got warm. It caught a couple of them by surprise.

Lundqvist commented, “Actually the Firestone tire, the grip that they have just
straight out of pit lane was a lot better than what I
experienced in Indy Lights. Obviously it takes a little bit of
time for the pressure to come up, but it wasn’t as bad as I
expected it. You just had to be a little bit careful. It was
not too bad. Obviously I think it would have been even
better when it was warmer. Within a lap or two the tires
were in.”

Malukas agreed with Lundqvist, “Comparing to Indy Lights, it’s like
night-and-day difference. With Indy Lights in this weather,
it would have taken quite some time.”

Kirkwood noted, “One thing I did notice that was pretty big, especially
compared to the Lights car, is the tires switch on so quickly
even in the very cool conditions, which I was not expecting
on the first few laps.”

Lundqvist concluded with a comment about how well Indy Lights prepares drivers for Indycar.

“What you learn in Indy Lights, you
can definitely bring on here. The cars are very similar in
some sense but quite different in others.
I think what I learned in Indy Lights is that you’re able to
drive a car just on the limit. That really rewards you in
INDYCAR as well. It’s that you have so much more grip to
play with. It’s not as much on a knife edge, I would say, as
the Lights car is. You got so much more to play with here.
I think you’re extracting a lot of lap times if you’re having a
similar driver style in the Indy Lights car if you bring it to
INDYCAR.”