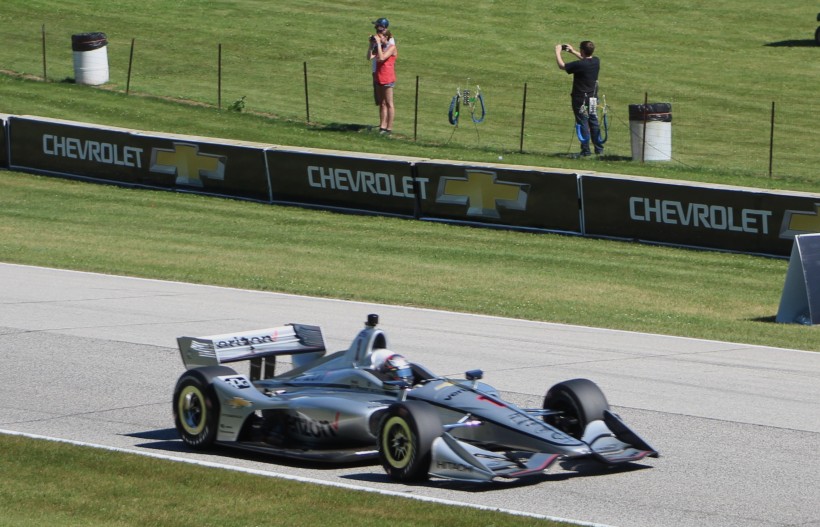 A tight battle on lap 1 for fifth through ninth in Turn 5. Photo: Mike Silver

Not the best I’ve seen, but hardly the worst. I enjoyed watching Josef Newgarden turn in a flawless performance yesterday afternoon. He had pressure from Ryan Hunter-Reay all day long, but the Chevy was too strong on road America’s long straightaways. Alexander Rossi once again nearly stole the headlines from the winner, but not for the reason he usually does. More on the controversy later. Scott Dixon didn’t qualify as well as he hoped- he missed the Fast Six- but managed to be the only leader besides Newgarden to lead any laps. Dixon finished third and increased his points lead.

Best drama of the day happened just before the green flag when Will Power, who started second, was nowhere to be found as the field roared into turn one. An engine issue put him out of the race for his third DNF of the season. Outside of May, Power has really not had a great year. He drops from third to fifth in the title chase.

Tony Kanaan tried to use a four stop strategy to move up, but the caution free race didn’t allow that plan to work. Kanaan finished 14th.

Indycar has needed rivalries and villains to give the series some spark. Have they found them? The season began with hopes of a Rossi/Newgarden battle for the title. That hasn’t materialized, but a Rossi/Robert Wickens feud may be brewing. Wickens and Rossi collided in turn one at the start. After their collision on the white flag lap at St. Pete, the animosity seemed to have died down. It may be on again. Takuma Sato also took issue with Rossi’s driving in yesterday’s race. He and Rossi had contact in turn 5 later in the race.

Rossi had a suspension problem which dropped him to a 16th place finish. He is now tied with Hunter-Reay for second, 45 points behind Dixon.

I like Rossi’s style. He is bold and relentless and can pass anybody anytime it seems. He is also unapologetic. As long as he isn’t ruining other drivers’ races, I’m fine with his racing.

Yesterday morning Road America President George Bruggentheis announced that Indycar will return to Elkhart Lake for three more years. This has been one of the more successful events on the calendar. Sunday’s crowd was equal to or may have topped the great attendance in 2016. The track instantly become my favorite road course the moment I entered the track.

On the Flip Side…

The not unexpected news that ISM Raceway in Phoenix would not return in 2019 became official over the weekend.  Crowds were virtually nonexistent and the racing was not great. There was little excitement or presence for the event the two times I went to the race.

It’s sad to lose such a classic track, but the newer cars don’t always perform well on the older tracks.

The series is looking for a replacement in that that calendar slot. Many fans have made many suggestions. It needs to be a warm weather locale, and preferably another oval.

I’m wondering if other schedule changes are in the offing for next season.

Next up for Indycar is Iowa, the most fun oval on the schedule. You may have heard this before in this space, but I hope this the last daytime race and beginning in 2019 this is again a night race.

I have a couple features planned for later this week and next week. Enjoy the week off. 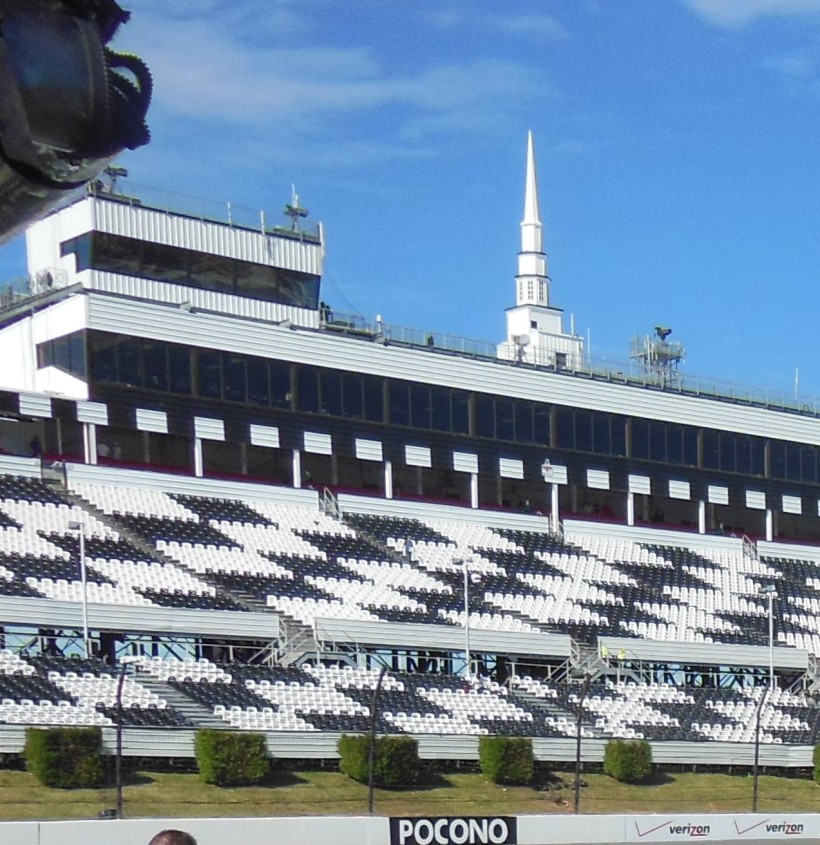 Indycar makes a bittersweet return to Pocono this weekend. Many are still feeling the sting of Justin Wilson’s fatal accident last year, compounded with last week’s loss of Bryan Clauson. This is the first race since Mid-Ohio three weeks ago, so it’s great to be racing again. Pocono begins the season’s final stretch of 3.7 races.

This week and next week at the resumption of the Texas race are Honda’s last two best opportunities to get victories this year. The ABC Supply 500 will also determine if Will Power has any chance at catching Simon Pagenaud for the series title. Simon struggles on ovals, while Will usually finishes well. Last year at  Pocono  Graham  Rahal’s title hopes were crushed when he was involved in a crash.

Rain is in the forecast for Sunday afternoon. Will some teams have a half race strategy? This race really needs to get in officially this weekend, Monday at the latest. With the Texas postponement to next weekend, there is really no place to resume this race within the season. Would a resumption at a future date end up being the actual season finale? Let’s hope it doesn’t come to that.

I was as surprised as everyone else that Pocono has renewed for two more years.  Attendance has not been great since its return to the schedule. I’m glad it happened though. Keeping Pocono and adding Gateway next year means there will likely be two consecutive ovals on the schedule in August. I can definitely live with that.

Next Wednesday I plan to go to Kokomo Speedway for the Bryan Clauson Celebration of Life and stay for the racing program that evening. If you’re going, Chevy Clauson is asking that you bring towels and blankets to donate to the humane society in Kokomo. I will report on the events later next week. I’ll be back Monday with a race review. Enjoy the race.