It’s nice to have some good news to talk about on what was supposed to be Fast Friday at the Indianapolis Motor Speedway. Ed Carpenter Racing unveiled Conor Daly’s car for the 104th running of Greatest Spectacle in Racing, now scheduled for August 23.

The livery is a tribute to the Bell X-1 aircraft in which Chuck Yeager broke the sound barrier on October 14, 1947. The car’s number, 47, pays tribute to that date. 1947 is also the year the U. S. Air Force was founded by the National Security Act of 1947.

“It’s incredible to once again drive an iconic livery at the Indy 500. The U.S. Air Force does an unbelievable job paying respect to the history of the fighter jet and honoring the accomplishments of those who have served and are currently serving,” stated Daly. “This is such an exciting car, there’s so much that went into both the design and the number 47 that we’ll be representing. I can’t wait to drive the Indy car version of Glamorous Glennis and hopefully make Chuck Yeager himself proud!”

Daly drives for Ed Carpenter Racing in the number 20 car for road and street course races. The 20 car carries a different Air Force livery in those races. Daly began a partnership with the U. S. Air Force three years ago. In the 2019 500 he drove an Air Force sponsored car for Andretti Autosport, finishing a career best 10th.

The full press release from ECR:

Note: Thoughts are with NASCAR driver Ryan  Newman  who was seriously injured in a crash at the end of the Daytona 500 last night. The latest report at just after 10 pm last night said he is in serious condition with non life threatening injuries. Please keep Ryan and his family in your thoughts.

NTT Indycar Series teams needing a driver replacement won’t have the series’ supersub available this season. Conor Daly will drive 13 races for Ed Carpenter Racing in 2020, competing in all the road and street races plus the Indianapolis 500.  In 2019 Daly drove in seven races for three different teams.  Daly drove full time for Dale Coyne in 2016 and A. J. Foyt in 2017. Those two season account for 33 of his 46 Indycar starts. While this season is not full time, Daly is glad to be with the same team for all his races in 2020.

While Daly feels more pressure, he feels the season long assurance will help in the long run.  “I’m putting more pressure on myself, ” he says.”Something crazy may happen at St. Pete, but we’ve got another race coming up. That’s so nice; you forget how good that feeling is.” Daly is thankful for the U.S. Air Force support, which began on a limited basis in 2019.

Daly says he is not a huge fan of the aeroscreen, citing vision and cooling issuesas his main concerns. He thinks he may have to raise his seat to see. “There are issues we won’t really know until we do testing with everyone.”

It is rare for him to have races before Indianapolis, Daly notes. At the moment his focus is on the St. Pete opener. He plans to work even harder this year. “It’s nice to have more chances,” Daly said.

Of the three rookies driving in the NTT Indycar Series this season who came directly from Indy Lights, Daly said that it shows the drivers in the Road to Indy ladder that getting to Indycar is not impossible.

After seeing how Daly performed in good equipment at Indianapolis in 2019, it will be interesting to see how he does with another team that has shown consistent competitiveness at the Speedway. I also look for Daly to help improve ECR’s road course program. 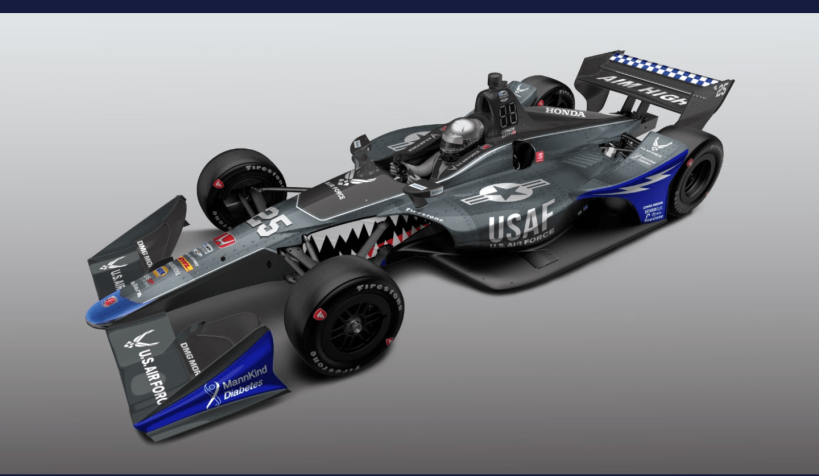 This is a great spot for Daly. I’m glad the Air Force is still on board. I hope they keep the same livery he had last year. ECR should give him a decent shot at contending at the 500.  More thoughts later.

Andretti Autosport announced this morning that Conor Daly will drive a fifth car with sponsorship from the U. S. Air Force in the103rd running of the Indianapolis 500. The Air Force will also be an associate sponsor on the  Andretti cars of Alexander Rossi, Ryan Hunter-Reay, Marco Andretti, and Zach Veach for the entire season. Daly will carry number 25.

Daly drove in the 2018 500 with Air Force sponsorship as part of Dale Coyne’s team. He started last and finished 21st, completing 199 laps. This will be Daly’s sixth 500. His rookie season was 2013. He returned to the 500 in 2015. His best starting spot was 22nd in 2015. Last year was his best finish and also the race in which he completed the most laps. This is the best car and team Daly will have had for the race.

“It’s my best shot at at the race ever. I can’t wait to get to work,” Daly said.

Michael Andretti said they are working on a few things to possibly get Daly in more races this year. He has no plans to add a sixth ca for this year’s 500 entry list.

Daly drove in just one race, Mid Ohio, for Harding. He was competitive, giving Harding its best starting spot to that point.  He ran well in the race but ran out fuel with two laps left and finished 20th. In2017 Daly drove full time for A. J. Foyt Racing.

Catching Up with Indycar News 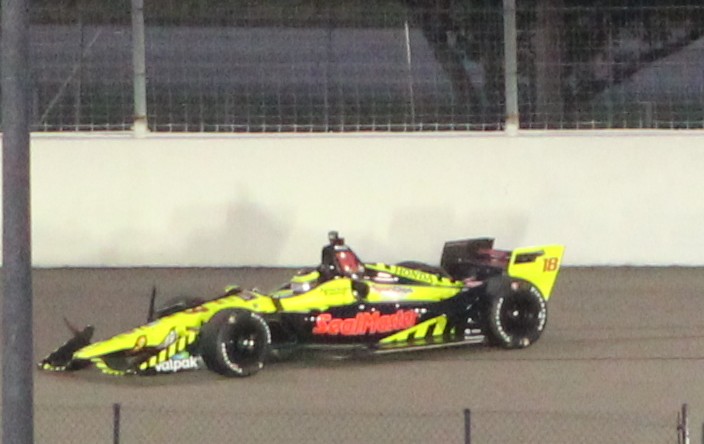 Vasser Sullivan and Dale Coyne have signed a multi year agreement which has Sebastien Bourdais staying in car 18.  Dale Coyne Racing with Vasser-Sullivan became a partnership last year. Nice to see Coyne will have some driver stability and additional resources. Bourdais won the 2018 opening race in St. Pete. It was his second consecutive win in his hometown race.

The NTT Indycar Series announced cars will receive increased boost at short ovals Iowa and Gateway in 2019. The higher boost will necessitate more braking in the turns, which should allow more passing. The boost will increase to 150 kPa, the same as on road and street courses. In 2018 cars were allowed 140 kPa on the short ovals. Superspeedway boost for races is 130Pa. Please do not ask me what kPa means.

Allen Miller of HPD says the goal of 90 horsepower for the new 2.4 liter engine is “very realistic.”

The series continues to seek more ways to improve the racing.  This measure sounds like a bridge to the higher horsepower in the 2021 formula.

Three timne Indy 500 winner Helio Castroneves is close to finalizing a deal to drive in the Le Mans 24 hour race this year. Castroneves, who now drives full time for Team Penske Acura in the IMSA Weather Tech Championship, will drive for the RLR group in the LMP2 class. The team uses an Oreca 07 chassis, which has been dominant in Europe.

Castroneves was one of the drivers in the third place car at last weekend’s Rolex 24.

Last Indianapolis Motor Speedway revealed the design for the 2019 Indianapolis 500. I’m always excited to see the new ticket. This year’s design I find disappointing. The photo of Will Power that was used is okay, but a photo of him when he first go out of the car would have been better. I don’t think I’ve ever seen a driver express that much unbridled joy after winning. 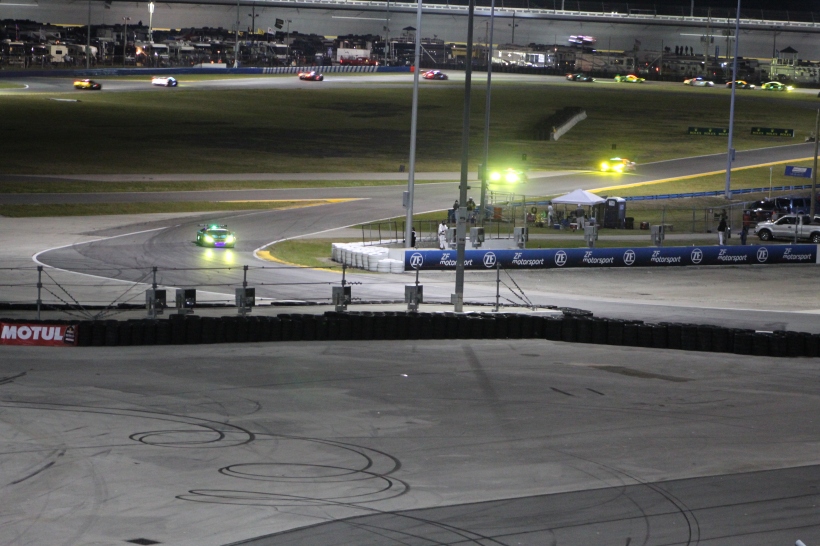 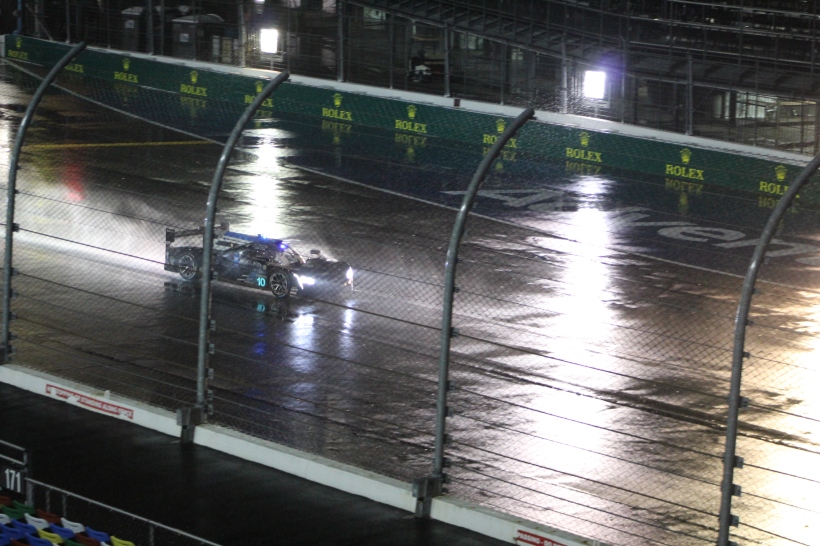 Indianapolis Motor Speedway  just announced a press conference tomorrow  afternoon for a major announcement regarding the 500. I’m guessing a presenting sponsor will be named.